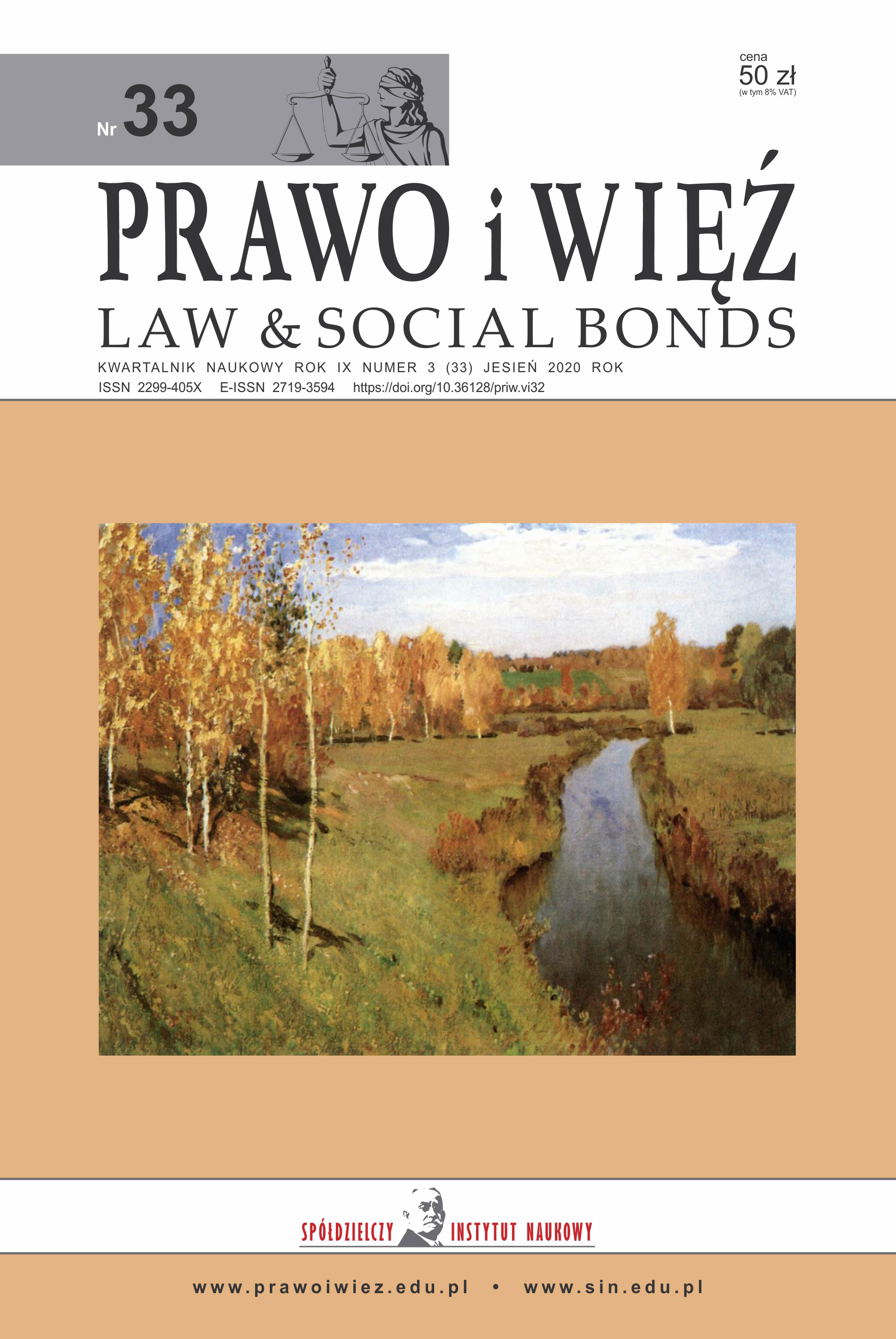 The author discusses legal character of norms regulating marital rights and duties. These issues have not been the subject of a separate study so far. The author begins with the division of civil law regulations into mandatory and non-mandatory ones, and then she analyses the issues concerning the marital rights and duties. It is generally presumed that norms which regulate these issues are of the imperative character. However, this does
not preclude different regulation of these norms in everyday life of a married couple. The author emphasizes that the study is not only theoretical but it is also significant for the practice. This is confirmed by the judicial decisions of the Supreme Court, issued on the basis of factual circumstances in which the spouses actually entered into agreements excluding fulfilment of some marital duties, e.g. faithfulness. Such an agreement is invalid because it infringes
a rule of the mandatory character.