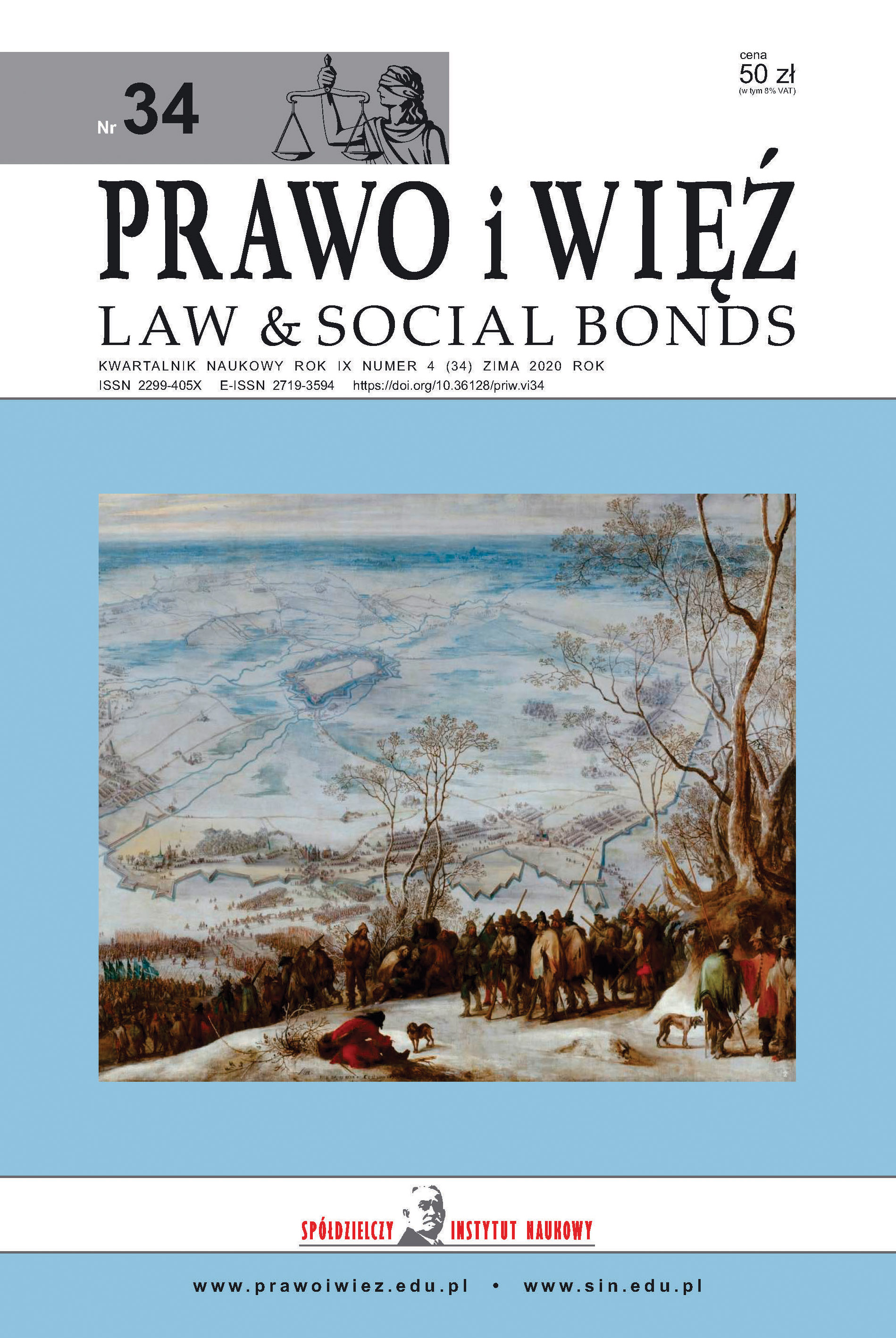 The author introduces the concept of law formulated by Maurice Hauriou, an eminent French author who specialized in administrative and constitutional law
and also in the philosophy of law (1856-1929). He considered law as a reflection of the symbolic sphere constituting political society – its „directing idea”. Hauriou’s thought is topical in the context of contemporary discussions about the role of law
in social integration and the possibility of „autonomy” of law. The philosophy of law formulated by Hauriou is a part of his concept of institution. According to Hauriou, law, like any institution, consists of social practice and an idea that legitimizes and directs it. This idea cannot be reduced to any real institutional practice or a specific ideology. It is a part of a broader axiological context creating the identity of a political community. It is based on fundamental values of this community, however it. transgresses their contextual interpretations presented by authorities. Therefore Hauriou’s theory allows to interpret the relation of law and the political sphere properly. It can also be a tool of criticism of contemporary concepts reducing law to ideology or to views of legal circles.